Start a Wiki
watch 01:22
'Krypton' Profile: Kem
Do you like this video?

Kem is a supporting character of Krypton portrayed by Rasmus Hardiker.

Kem is a Tavern owner and Seg's best friend. He was raised in the Rankless District by Mama Zed after his parents died.

Despite his rough upbringing as a rankless, Kem is a relatively laid back individual. He loves to joke around, even if the situation is dire. As Seg's best friend, Kem often finds himself getting tangled up in Seg's issues, but is more than willing to help him out whenever he can.

As the adoptive son of Mama Zed, Kem was raised to be kind to others, regardless of their status in life. Upon meeting Seg when they were just kids, Kem takes it upon himself to pull the former El to his feet whenever he feels down.

Unlike Seg, Kem doesn't quite understand the ways of Earth and is often left confused at what the hell Adam is talking about.

When it comes to places of high authority, Kem is often uncomfortable and doesn't want to be there.

Kem owns the tavern in The Rankless District. There he scams drunk guilds men with the help of his friend Seg-El. But after a fight Seg told everyone in the Tavern that drinks were on the house. After that Kem accompanies Seg to the Guild when they are told to leave. Kem was even at Charys-El’s trial. And asked Seg if there was anything he could do for him and he ends up getting him a Skimmer.

After returning from the Fortress of Solitude he leaves Adam Strange with Kem. And after Seg has returned with a tablet from the Guild but found nothing that supports Adam’s theory, Kem keeps on looking after Adam swears he is telling the truth. Eventually Kem ends up finding something that occurred in the Outlands, so they go and check it out and they end up finding 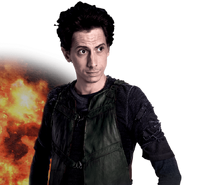 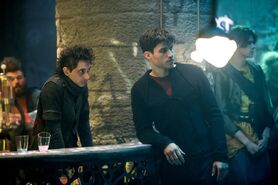 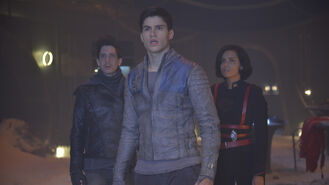 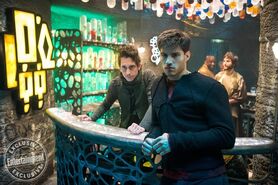 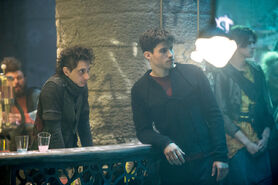 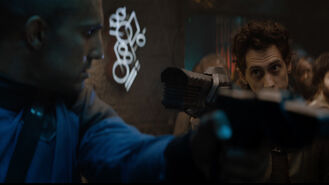 Episode 1
Add a photo to this gallery

Retrieved from "https://krypton-series.fandom.com/wiki/Kem?oldid=3062"
Community content is available under CC-BY-SA unless otherwise noted.